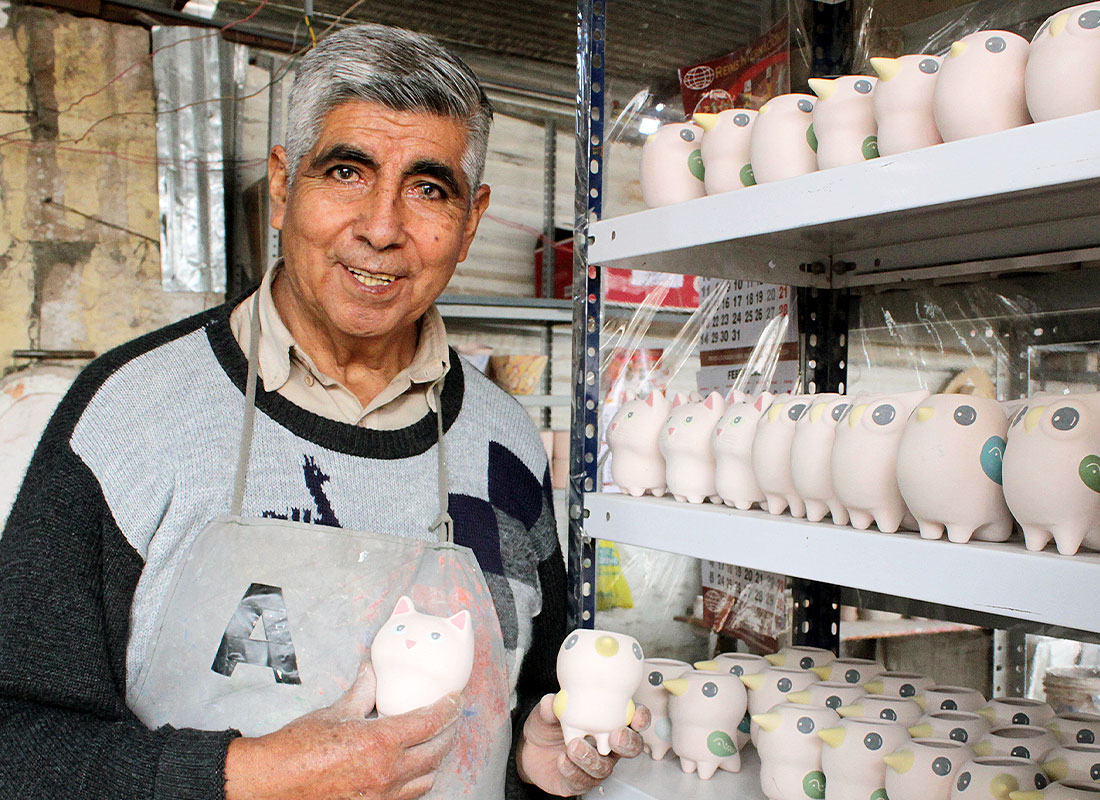 
Bernardino Arce was born in Pucara, Puno Peru, in 1950 into a family of ceramic artists. He began making pottery with his father when he was ten years old. In his teens, he moved to Arequipa to finish high school. Bernardino had hoped to become an architect, but due to his family’s needs, he wasn’t able to finish his career training. Instead, with his love for clay he started his own ceramic workshop. Today he works with his wife Irma, his son Luis, who has a degree in ceramics and design, and four helpers. On occasion, his other sons and daughters also give a hand in the workshop when they are not busy with their other occupations.

"In a changing and constantly evolving society, standing still means going backwards. If things change and we continue to do the same, most likely we will disappear." 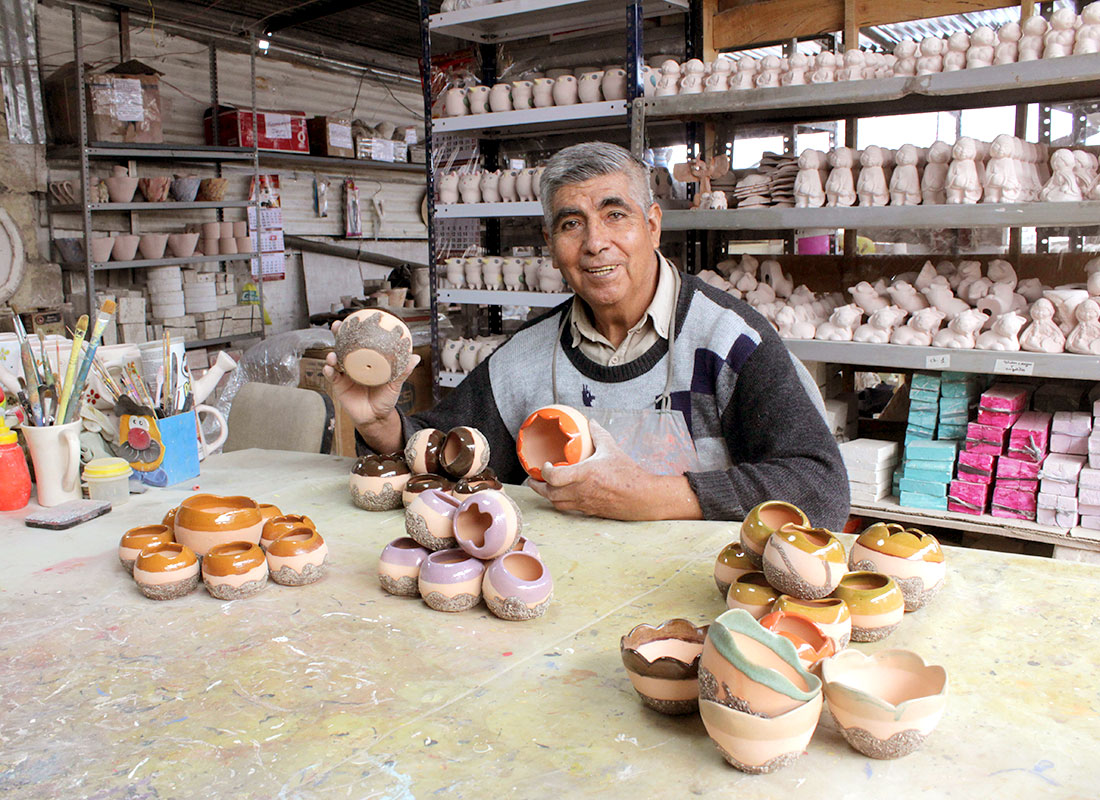 Bernardino mixes clay with “sillar”, a very light and white volcanic rock found in Arequipa, to achieve extra durability. He also enjoys creating colorful marble patterns using engobe and natural pigments, a technique inspired by Japanese water marbling. In recognition of his innovation, creativity, and excellence in his craft, he was recently given by the Peruvian government, the prestigious Joaquin Lopez Ampay folk artist distinction award. 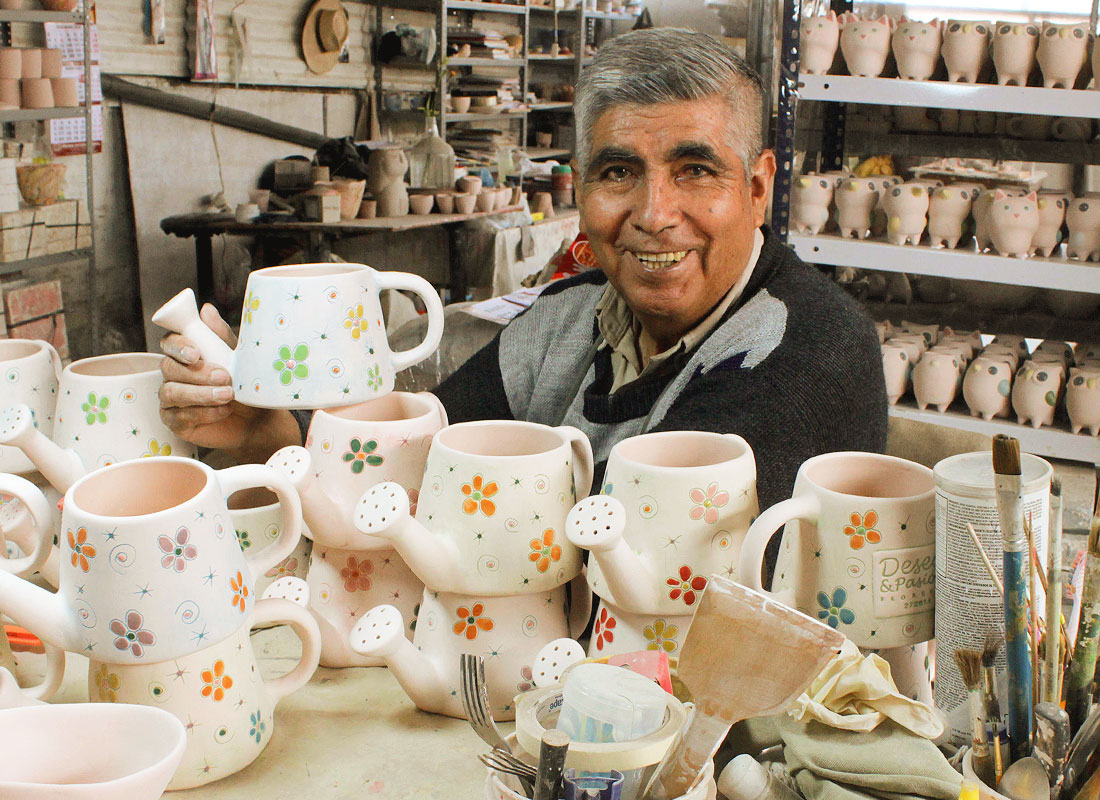 Bernardino Arce is an Amauta! 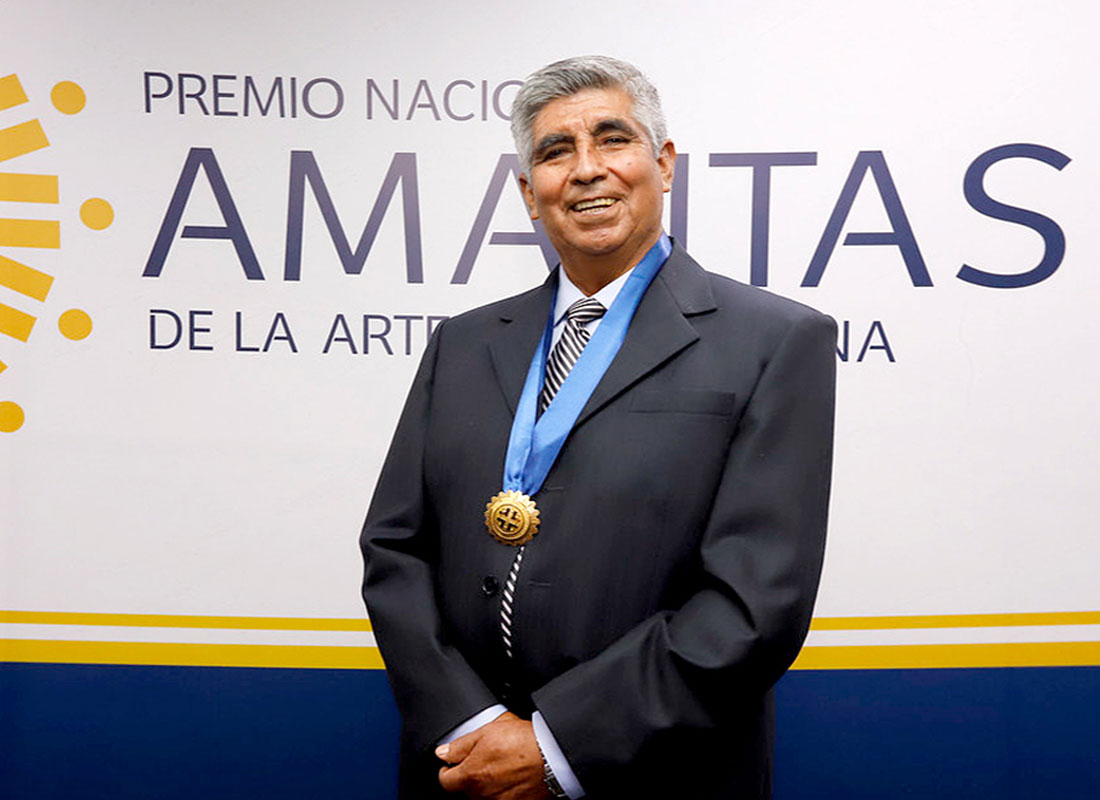 Master ceramist Bernardino Arce Corimaya was awarded the “Premio Nacional Amautas de la Artesanía Peruana” (National Award As an Amauta of Peruvian Craftsmanship) in recognition for his outstanding career in preserving the craft tradition of Peru, as reported by the Ministry of Foreign Trade and Tourism (Mincetur). 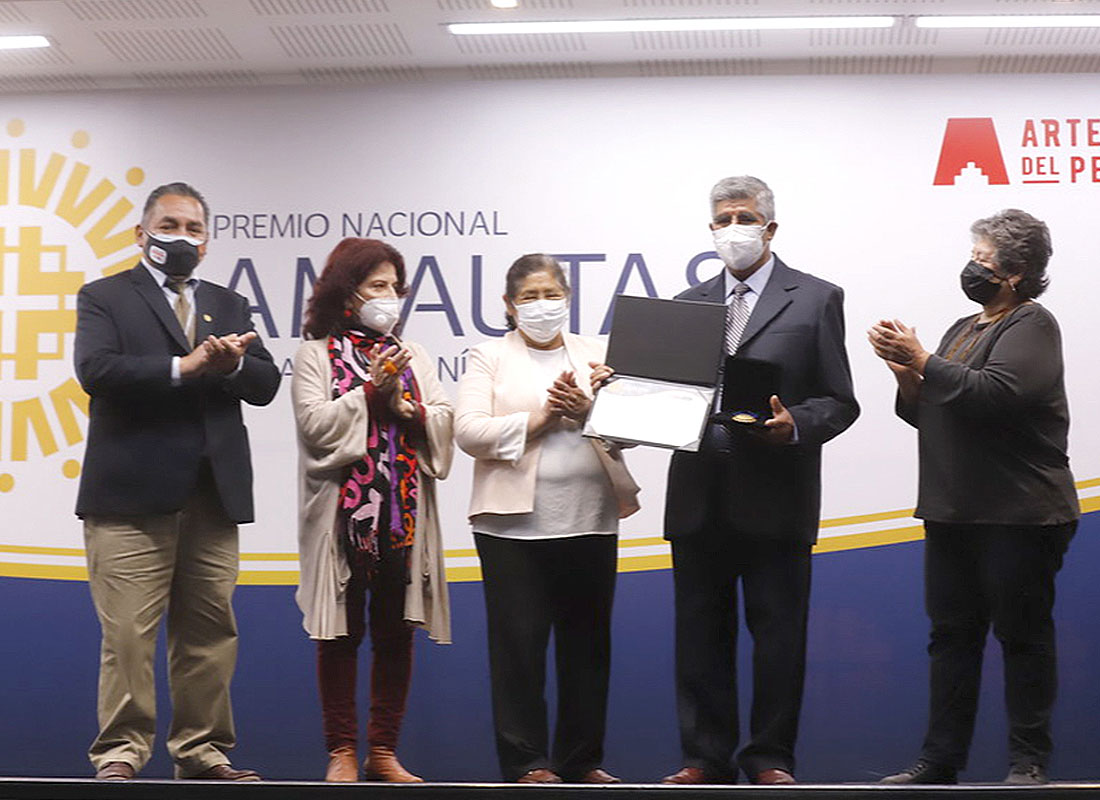 Amauta (a Quechua word meaning "teacher" or "wise man") was a title given to teachers in the Incan empire. Since 2000, this National distinction has been given to just 37 artists from eight regions of Peru who, thanks to their outstanding craftsmanship and teachings, have contributed to the cultural development of Peru and the world. 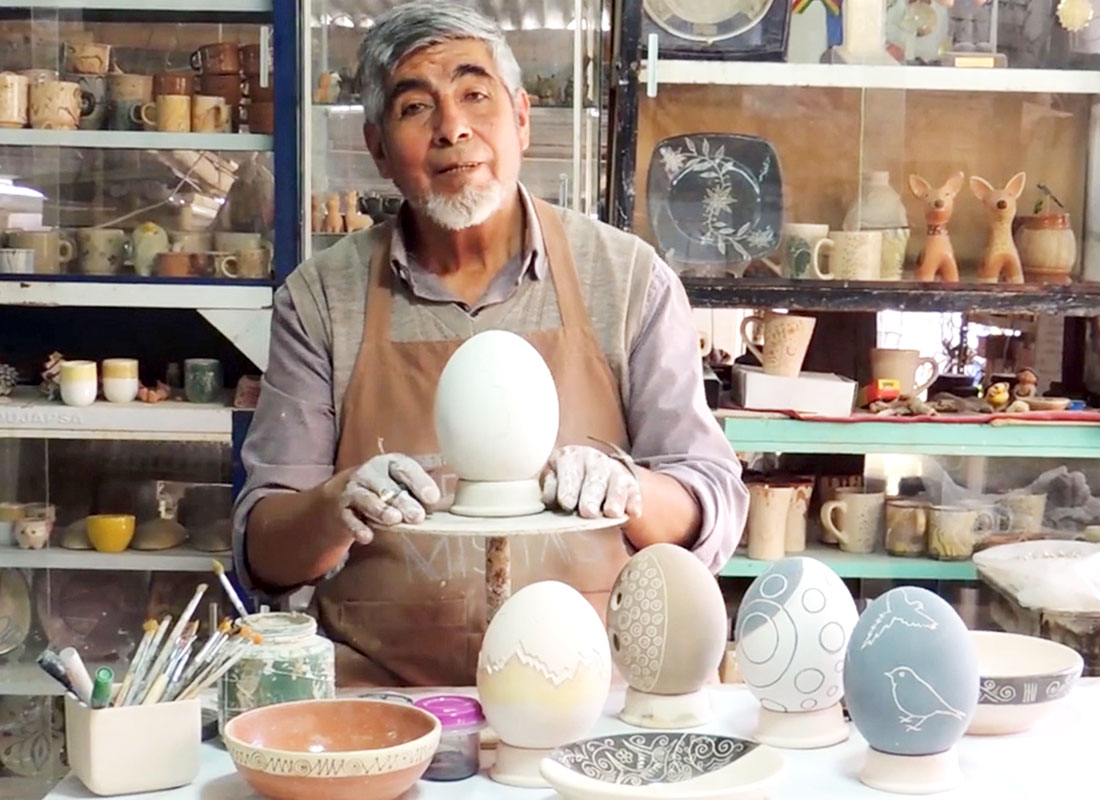 There’s a feeling of deep satisfaction when you bring something handmade into your life that you know brought good to the artist, the community and the earth. Fair trade is more important than ever, and while the challenges are great, we’re grateful to be part of a world-wide fair trade movement. These greetings from Bernardino Arce, a clay artist, touched our hearts this week. He sent us this beautiful gratitude video addressed to Lucuma Designs' sister company in Peru, Apumano.

Those named with such distinction have passed an arduous evaluation process by a jury made up of other Amautas, highly qualified personalities and specialists in the subject.